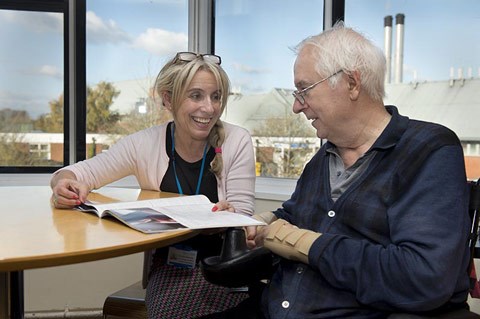 The goal of the programme is to support the psychological wellbeing of older adults in hospital by alleviating distress and preventing depression and anxiety. These conditions have a detrimental affect on general wellbeing and are associated with slower physical recovery and increased time spent in hospital.

The Engage Programme team at Salisbury now encompasses over 50 volunteers who work five days a week throughout the year to support our older adults on a one-to-one or group basis. The volunteers provide cognitive and social stimulation with a variety of interventions such as talking and listening, reminiscence therapy, patient-led discussions, reading newspapers, magazines or books, memory puzzles, crosswords and so on.

As well as providing these interventions, many of the volunteers support the team's research, training and recruitment, which is vital to the continual development and expansion of the service.